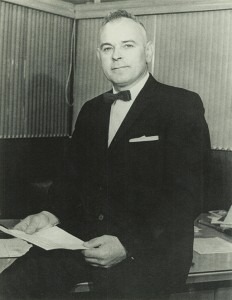 Business conditions in the iron mining industry of northeastern Minnesota were not exactly booming in 1952 when James Arthur Abernethy founded Industrial Weldors & Machinists (IWM) in a small shop at 350 South First Avenue East. The Korean War was stalemated, and the nation was locked in the grip of an industry-wide steel strike. Abernethy and partner E.V. Lindberg had correctly assessed the potential for welding, fabrication, and machine work needed by the then-emerging taconite industry on the nearby Mesabi Iron Range. Over the next three decades, the Duluth firm did work for all of the Mesabi Range taconite producers, deriving as much as 70 percent of its sales from the industry.

Faced with the need for expansion of its cramped facilities in downtown Duluth, in 1956 the firm purchased a new facility located on the bayfront at 1003 Minnesota Avenue, on Park Point. That same year, Industrial Welders & Machinists purchased the old Biwabik Mine Building near Biwabik from Pickands Mather & Company because major contracts with the taconite firms were handled more easily from a location on the Iron Range. As the taconite industry expanded in northeastern Minnesota after the mid-1950s, Industrial Weldors & Machinists secured contracts for ore car repair and assembly of mining trucks.

E.V. Lindberg sold his share in the business to James Abernethy in 1964. Seven years later the firm further expanded on the Iron Range when it purchased the old Danube Mine location at Bovey from Pickands Mather & Company, where ore cars were rebuilt and fabrication carried on until a rail spur abandonment later that decade forced IWM to close the site.

By 1976, IWM employed some 80 people, and serviced industrial clients throughout the region – but disaster struck the following year. A major fire destroyed the company’s Park Point headquarters. Fortunately, IWM had purchased the old Globe Iron Works site at 3902 Oneota Street from James’ uncles a few years before for possible expansion, and it was able to move to the west end location and quickly resume business.

James Abernethy was married to Patricia Ann Glennie of Duluth, the daughter of Peter and Elizabeth Glennie, on May 15, 1942. James and Patricia are the parents of four sons: Donald James (1943-2011), Charles Patrick (1946-1981), Ronald Bruce, and Scott Allen, all of whom worked for IWM. In 1982, James turned the business over to his three sons Donald, Ronald, Scott, and Biwabik Manager, Red Larson. James still enjoyed working at IWM and remained its chairman of the board until his passing, in 1993. In the late 1990’s, Scott and Red Larson retired from the company, leaving Donald and Ronald as its remaining shareholders.

In January 2011, Donald achieved his dream becoming sole owner of IWM so he could do the same as what his father had done, and hand the company down to his children: Randall Scott, Dawn Patricia, Richard James, and Robert Calvin. Sadly, Donald enjoyed that dream for a short period and passed away that April.

Presently, IWM is proudly being run by all four of Donald’s children and will continue with the same high standards in quality and service set forth by the previous generations.

To read more about us, find our information in Duluth an Illustrated History of the Zenith City by Glenn N. Sandvik